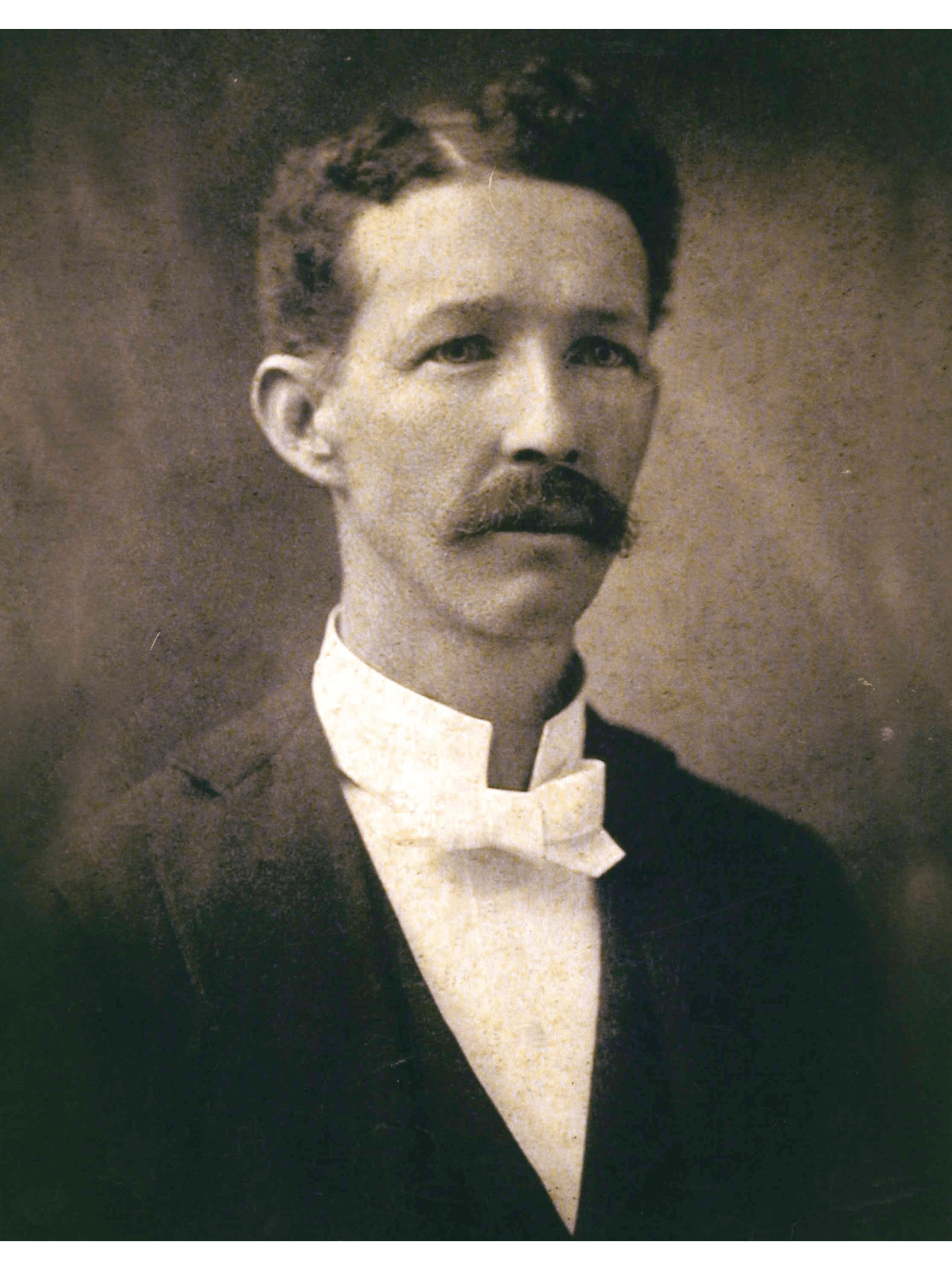 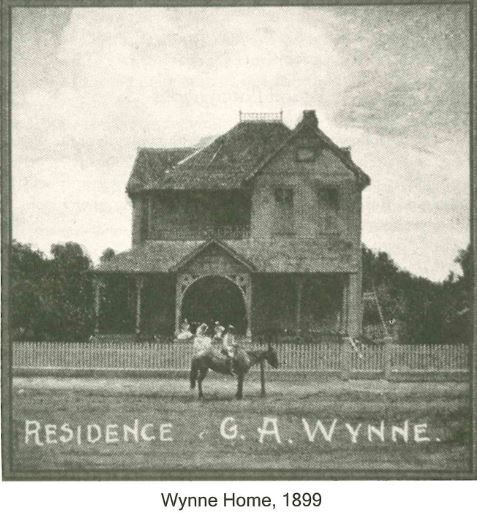 In 1882, Sanford and Sallie Gibbs gifted their niece, Samuella Gibbs, and her future husband, Gustavus Adair Wynne, with the property that the Wynne Home now sits on. Shortly after, Gustavus built a honeymoon cottage for him and Samuella, now known as the Wynne Home, and the couple moved in to the home in 1883. 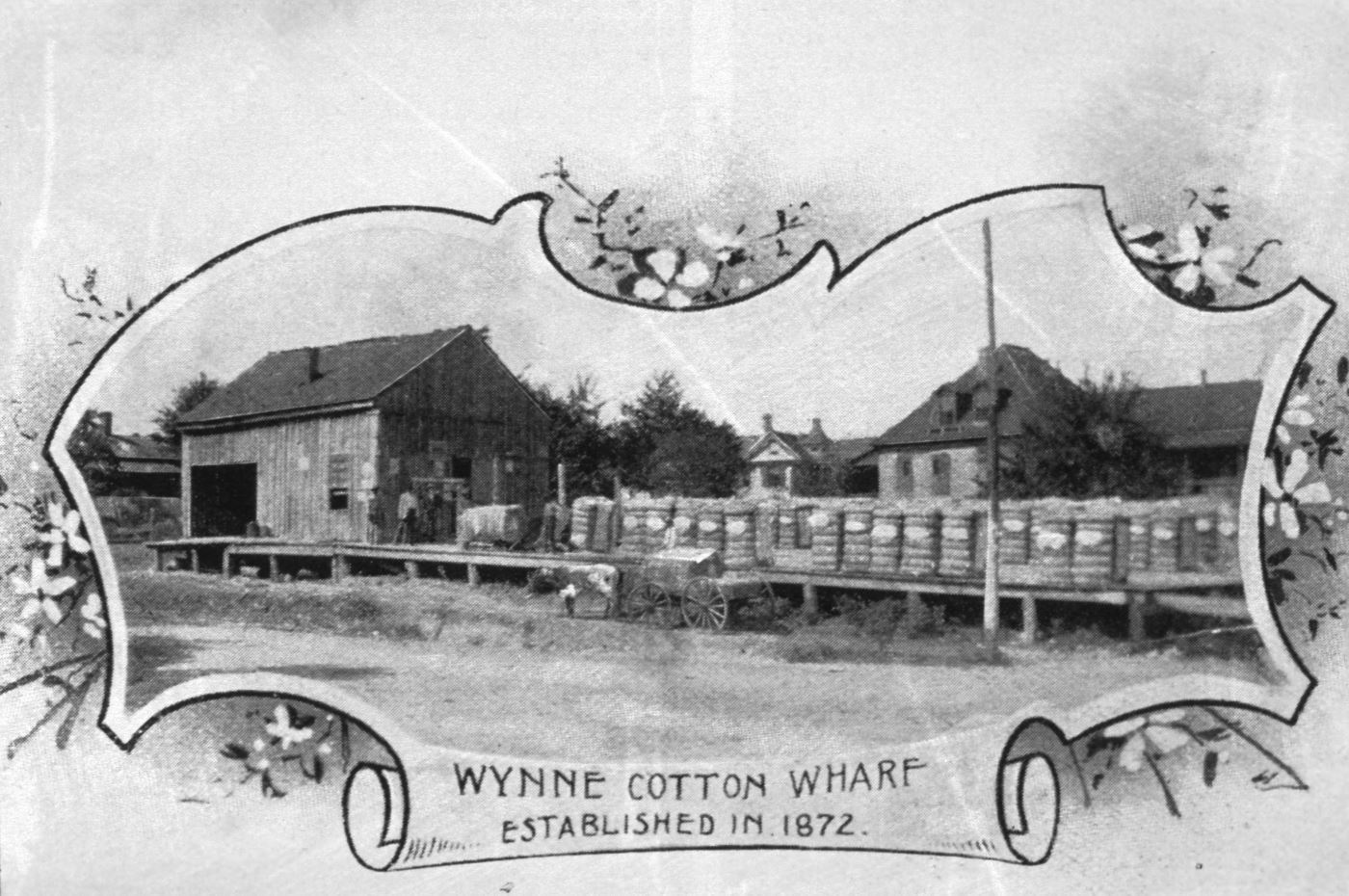 Gustavus’ father, John Magruder Wynne, was one of several people who played  a part in developing Huntsville and Walker County. He was involved in the process to get a railroad built to Huntsville, furthering economic success in Huntsville. Wynne’s cotton business took off following that. 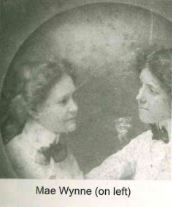 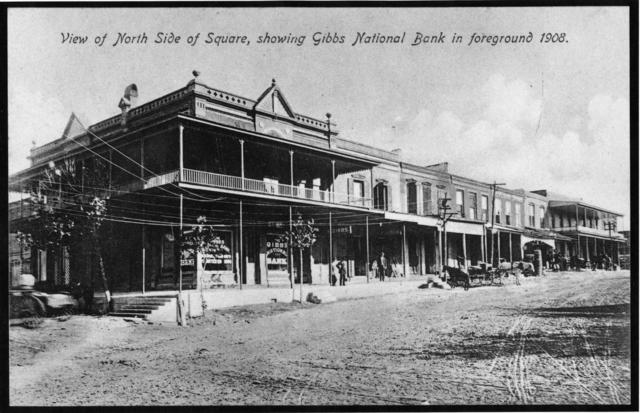 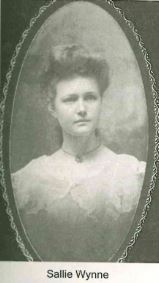 A year after Gibbs Adair’s birth and the establishment of Gibbs National Bank, Samuella Wynne gave birth to her and Adair Wynne’s third child, a daughter named Sallie Mae. 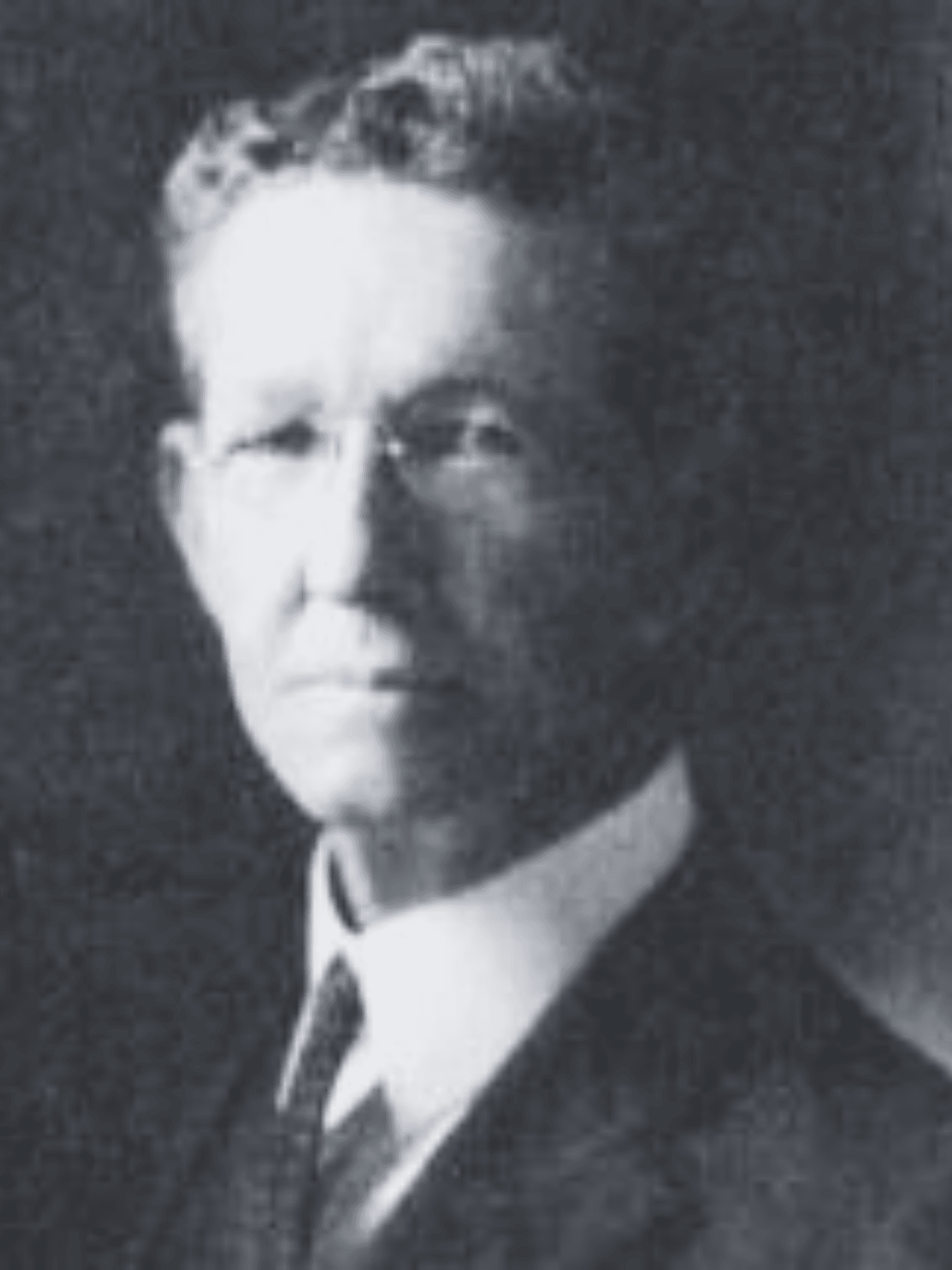 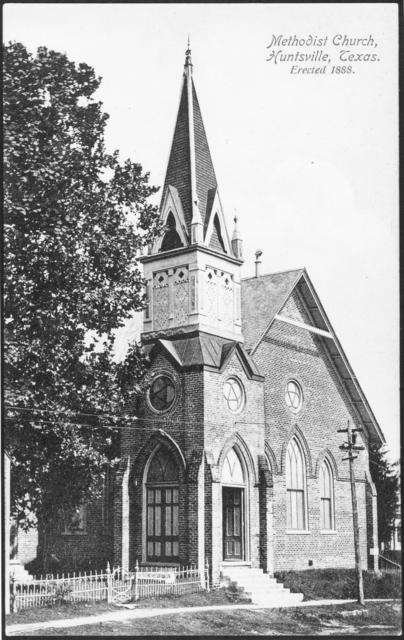 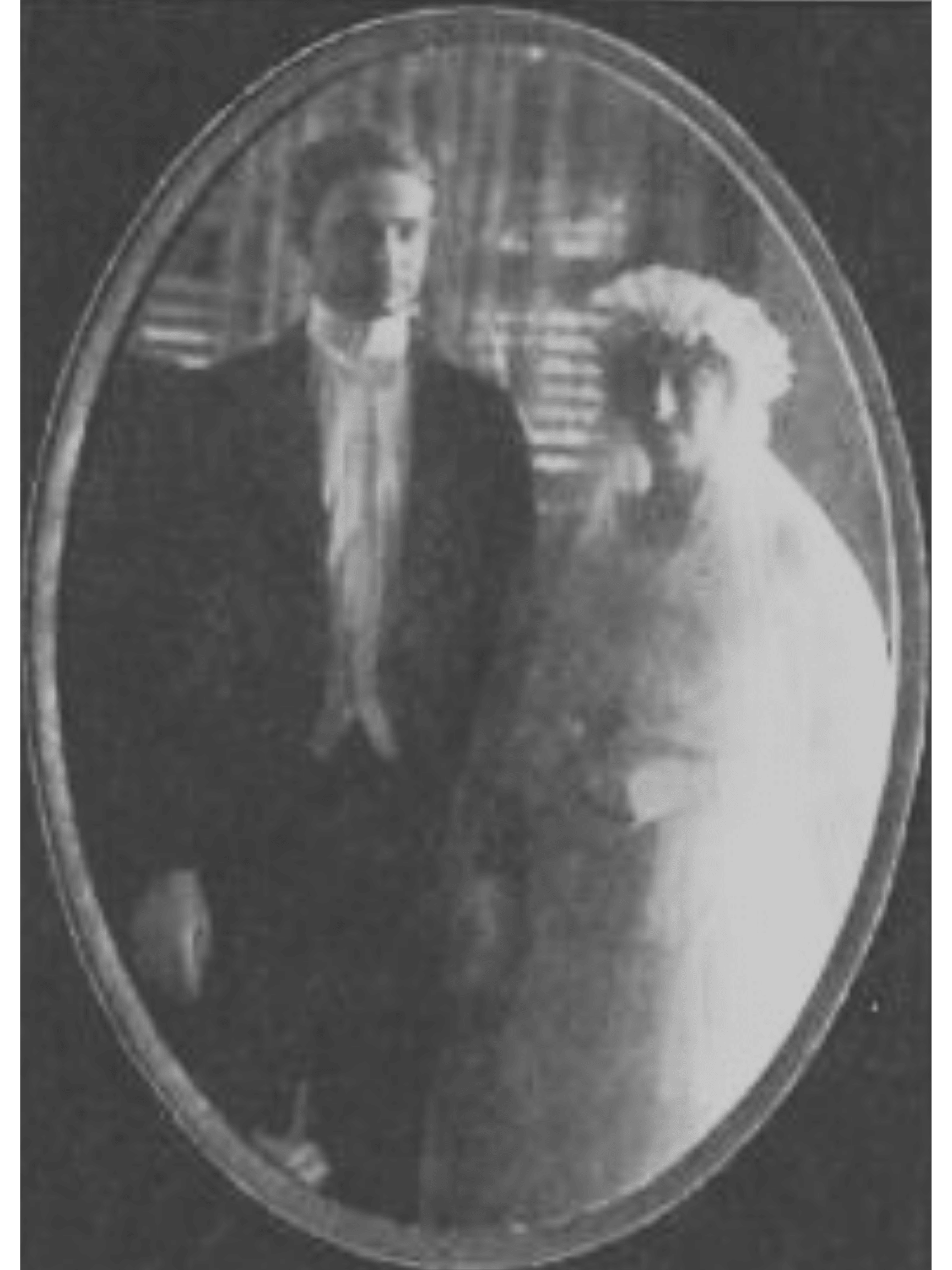 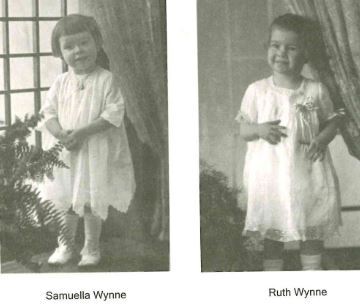 Gibbs Adair Wynne, his wife Lela, and their daughter Samuella, moved back to Huntsville in 1919 where he was made cashier at the Gibbs National Bank. The young family moved into the recently renovated Wynne home and their second daughter, Ruth, was born in 1920. 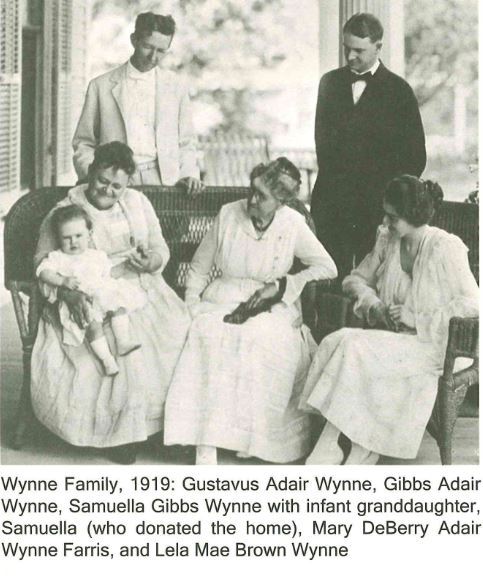 Samuella Gibbs Wynne passed away in 1921. Gustavus Adair Wynne continued to share the house with son, Gibbs Adair, daughter-in-law, Lela Mae, and his granddaughters, Ruth and Samuella, until his death in 1940. 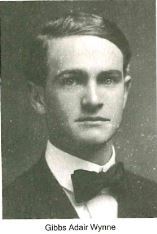 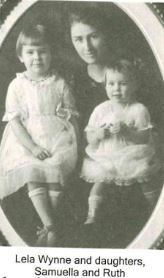 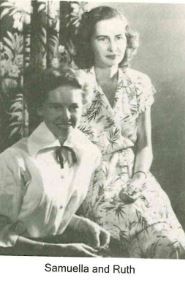 As a lover of both art and music and an accomplished pianist, Lela Mae Brown Wynne instilled an appreciation of the arts in her daughters. She passed away in 1984, leaving the home to her two daughters, Samuella and Ruth. In 1998, the Wynne sisters decided to donate the home to the City of Huntsville for use as a Cultural Arts Center. Shortly after donating the house in 1998, Ruth Hollinshead passed away. In 2009, Samuella Palmer passed away.

In 2006, The Wynne Home Arts and Visitor Center opened to the public.