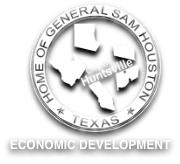 The City of Huntsville has collected and analyzed data from different sources to capture a better understanding of our population and demographics. The City and its partners can provide essential information to site selectors and other interested parties to help them make their best decision for site location.  We are working to automate this data and make it more accessible through our website, but in the contact us with your demographic profile needs.

The population in Huntsville is growing which leads to more people available to work, an important aspect for businesses to be successful. There are more men compared to women and the median age is 28. The labor force, which is the amount of people ready and available to work, is also growing in Huntsville. Lastly, wages and employment are also on the rise.


Wages have been steadily rising in Huntsville as well as employment.  The average household income in Walker County is $52,115 per year and is still increasing.

Overall, statewide employment is expected to increase approximately 20 percent during the next ten years, according to a leading economic forecasting firm. This growth, however, is not expected to occur equally across all economic sectors.  providing sectors (Professional and Business Services, Health Services, and Leisure and Hospitality) are expected to enjoy growth at substantially higher rates than the state’s overall economy.


To every family, education is a very important aspect of their life. As you can see in the graph, Huntsville's education can compete with the surrounding areas. We have a fantastic K-12 school district and are also home to Sam Houston State University, one of the top universities in Texas.


Labor force data for all businesses within the area.

For more information on statistics regarding population, age, race, and gender, click here.